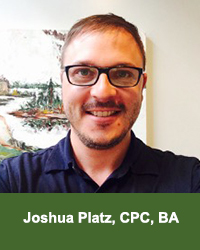 Joshua Platz became Managing Partner of Global Hospitality Search Consultants, Toronto in 2008. He began his search and placement career in 2002, with Toronto’s leading bilingual French/English search firm in Toronto. After consecutive years as top producer, he was promoted into management and built a team of key players which set production records previously thought unattainable.

Joshua is a graduate of McMaster University, having earned his BA in 1998 along with a post-graduate honours diploma from Sheridan College in International Business. He has also held the Certified Personnel Consultant (CPC) designation since 2007. Growing up in French and English-speaking parts of Canada, Josh learned to speak both official languages fluently.

“Thank you so much Terry – it was a pleasure to work with you again.  I have always appreciated and admired the quality you bring in presenting candidates to us.  With our growth, don’t be surprised if I reach out to you for assistance again in the near future!”  –  Tracy W.